DON'T FORGET THE PUBLISHED COMMENTS AT THE BOTTOM OF THE PAGE

You've been told that fibromyalgia doesn't exist, it's in your head, it's not a true disease...

The pain management clinic told you they don't treat fibromyalgia...

You've even been told that it's not treatable...

All this is unacceptable! The WHO (World Health Organization) has recognized fibromyalgia.

The WHO has clearly stated that pain is an emergency and must be treated.

Do not accept the unacceptable!
Shame them!

How any of the pain managements clinics can say that they do not treat fibromyalgia disease? How would anyone call a doctor that has sworn the Hippocrates Oath and refuses to recognize 2-3% of the population suffering from FMS but a bad physician!

Tell us your story. You're not alone. You need to be heard. We all need your help by getting your stories so we can put the pressure on.

The main question that remains: How do I recognize a bad doctor?

Sometimes bad doctors have bad reputation. But be careful, one or two bad stories don’t make it a judgement. So, you tend to be left on your own to judge it. Let’s have a look at some pointers.

If a doctor tells you that fibromyalgia does not exist: run away!

Because not only this is false but also it indicates no willingness on his or her part to learn about it. They will die stupid and ignorant.

Max Planck who discovered quantum mechanics and won a Nobel Prize used to be mocked by many of his peers for what was a theory at the time. He used to say that happily people die and are replaced by younger ones whose minds are open to new subjects. Luckily, this is the case because our bodies would not function if it was not for quantum mechanics.

Doctors may not be straight forward in expressing their doubts, but you will smell a fish through their body’s language. Please, believe your gut feelings and run away.

Don’t try to convince yourself because there is another important reason. If you are not trusty of your doctor no treatment will work! This is because any treatment works for at least 40% due to a placebo effect.

This has been well shown. If the same treatment is administered by a doctor you have trust in, the chance that it works is much higher. So, if you have the slightest doubt about your doctor, run away. Even if he is good, his treatments with you will fail. No trust, no success!

A good doctor listen to the patient because that’s the way he gets the diagnosis! 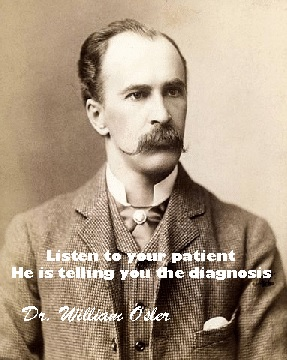 Finally, I must admit that I have left out the problem of bad doctors who have sold their soul to Big Pharma.

Those guys could very well not believe in fibromyalgia but having sold out to Big Pharma, they could give you a bad treatment to obey their master. Not only you would get no benefit but get all the side-effects.

Get a free test on my website and ask me to prepare you to go back to your doctor.

And learn about your disease with my eBooks.

Bring knowledge to any bad doctor.

You've been refused recognition or treatment for your FMS?

What Other Visitors Have Said

Click below to see contributions from other visitors to this page...

I identify with your story - my daughter lived it, and more. Along with crippling CFS which came close to claiming her life many times, she fought a painful …

No help for fibro

My Daughter is six and I have had fibro since about 1 year from her birth, I also have chronic pain in my lower back. I woke up one day unable to walk. …

WHEN DOCTORS WON'T TREAT A PERSON IN PAIN!!

WHEN DOCTORS WON'T TREAT A PERSON IN PAIN!! I DON'T THINK ANYONE COULD HAVE WORSE CHRONIC PAIN THAN I DO AND HAVE GRADUALLY GOT WORSE SINCE JUNE 28 1999. …

I went to a medical professional for the treatment of a large painful lump in my left thigh. The main purpose of the visit was to find out if the lump …

My name is Teresa, I was diagnosed 15 years ago, I have also had shingles 4 times. Hmm maybe since the nerves affected in Fibro might be caused by the …

Doctors will never understand the range of illnesses that are ME CFS and Fibromyalgia, because of the wide difference in symptoms. They get too locked …

Suffering.... is there an end?

I have been suffering from a plethora of Fibro symptoms for almost 10 years and I'm only 29yrs old! I asked my old doc back in 2004 about testing me for …

It doesnt exist, but here is your diagnosis

I was diagnosed with fibromyalgia by a rheumatologist who told me she didn't believe in the illness. She told me that it was in my head and I need to …

Hi all. My name is Jennifer, I am 27 Yrs old and suffered from Fibromyalgia for 7 years now... I have been pushed from pillar to post. With this I have …

I've suffered from unexplained pain for over a year. The only thing it seemed to relate to is my severe and increased stress at work. I've seen pulmonologist, …

doctor refuses to help with my pain

A new Dr! Great I thought! My Dr has made my symptoms worse I have never had such widespread unrelenting pain. I had a NHS fibro pack sent to him. I sent …

I was diagnosed with Fibromyalgia on January 23, 2011 by Dr. Pellegrino in New Philadelphia, Ohio. My doctor told me to get multiple therapies such as …

Well, this has been an interesting life for the past 3-1/2 years. I have been through many tests and doctors. I am at a loss of where to start. My …

I'm 27, been suffering from fms for 2 years and frustrated as ever

I lived in Michigan and I had to complain about my symptoms for a year before I was tested for fms. One day I woke up and the pain was worse than ever. …

Hope for those listening! Not rated yet
Fibromyalgia is a syndrome and if you look up the definition it’s symptomatic, people who suffer similar symptoms and cannot be diagnosed with a disease …

Waiting Not rated yet
How about bad insurance who stall and use sneaky tactics and deny you your ltd pay? They are despicable and add to the problem. Shame on these companies. …